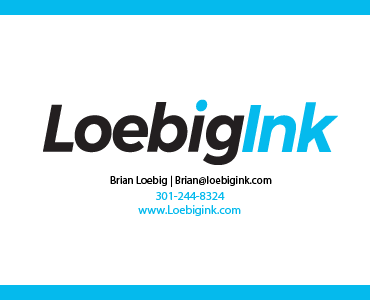 IN ONE STEP TODAY

BIRDS OF A FEATHER, INC.– (BOAF) IS A GROUP OF RECOVERING ADDICTS, ALCOHOLICS, AND CONCERNED WISCONSIN CERTIFIED BOARD APPROVED CITIZENS WHO HAVE COME TOGETHER TO FIGHT CONTINUOUSLY AGAINST DRUGS USE/ABUSE IN OUR COMMUNITY.

Birds Of A Feather was composed of roughly 12 recovering men and women whose sole objective was to discover new ways of staying clean and sober and with freedom, carrying the message of recovery to the community at large.  By November 1996, the group had implemented its first two programs.

In January 1998, the success of Birds Of A Feather programs became evident as dozens of letters of gratitude from students and school administrators poured in from community High Schools. Additionally, a large majority of the members who had joined Birds Of A Feather as newcomers continued to remain clean. As a result of those successes, Birds Of A Feather began to move into churches, prisons, middle schools, and ATODA Treatment facilities while newcomer’s membership rose sharply.

Because a great many in our membership are successfully recovering, we become assets to the newcomers by sharing our experiences and rewards gained through sobriety. Moreover, we work to prevent relapse by providing recovering individuals with a support group that initially “keeps them too busy helping others not to use/abuse drugs themselves.”  Thereby, through these incessant reinforcement tactics, we have found that recovering individuals that utilize this method in their recovery program have a better chance of staying clean and sober.  In short, we help build a strong shield between recovering people and the constant threat of relapse.  In the area of prevention, we send speakers to institutions such as schools, prisons, churches and hospitals to help educate the ill informed about the dangers of substance use/abuse.  We believe that education is the key to prevention and with the use of speakers and sports, the BIRDS OF A FEATHER magazine, marches and much more, we hope to not only educate – but motivate the need to SAY NO as well.

Birds Of A Feather is not a political organization. Nor are we a religious sect – although we all humbly believe that a power greater than ourselves leads us. We are not a radical or militant group that seeks to overthrow the system, and neither do we discriminate against race, religion, creed, sexual preference or national origin.

By Oct 22, 1997, Birds Of A Feather has spoken at over 50 institutions reaching an audience that totaled over 5000 people, made appearances on local TV(Hope for Kenosha), and reaching front-page coverage in the Kenosha News and various community newspapers.

The month of August 1995, brought on the first annual SoberFest Picnic at Washington Bowl in  Kenosha WI.  This picnic included appearances by county, city, state, treatment providers, administrators, teachers and students. They all joined hands under Birds Of A Feather umbrella of hope and recovery with the understanding that there is still much more work to be done.

To this end Birds Of A Feather, Inc. is committed to the treatment of substance abuse/addiction and family dysfunction among all ethnic groups.  With over 80% of our membership from the so-called Black Underclass, Birds Of A Feather are a Grass Root Organization dedicated to ending substance abuse, Comprised of three hundred and sixty seven (367) former addicts, alcoholics, peppered with co-depended individuals of recovering people and concerned citizens, Birds Of A Feather have placed ourselves squarely on the Front Lines of a war that some feel is hopeless, but that we feel determined to win.

From guiding newcomers through a ninety-ninety process thereby helping them along the tricky path of recovery, to helping a recovering addict get his or her children out of the system, to helping students jeopardized by alcohol/drugs and peer pressure the old cliché’ comes in to being “experience is the best teacher” helps explain our hard hitting edge.

Birds Of A Feather offer a unique and highly successful aftercare program that keeps recovering individuals to busy to relapse as they simultaneously remind themselves while educating the community at large on the dangers and negative impact of substance use/abuse.  These alternatives are geared to enhancing their education, increasing their self worth and heightening their spirituality.

CONNECT WITH US ONLINE